Grand Canyon is the masterpiece of nature, the true window into the time. But why are the Grand Canyon layers so special? It gives us the perfect view of how the earth was formed, through its layers, which we can clearly see, since they’re not hidden under the vegetation. When you are looking at those stones, you can read them as a book. But, do you know how to read them? With this tutorial, you will turn into the geologist in 10 minutes.

Grand Canyon is the deepest canyon in the world (1) formed during 2 billion years by different geological processes (2). It was discovered by the expedition of Spanish explorer Francisco Vásquez de Coronado on the Colorado river in years 1540 – 1540 (3) and according to National Geographic, nowadays Grand Canyon is the 2nd most visited National Park in the world (4).

The forming of Grand Canyon is the process that started unimaginably far in the past, much further than dinosaurs era.  It was the long process of moving tectonic plates, sedimentation and erosion. But we don’t have 2 billion years to watch the whole process, so I have simplified it into the 5 points easily explainable on the picture below. 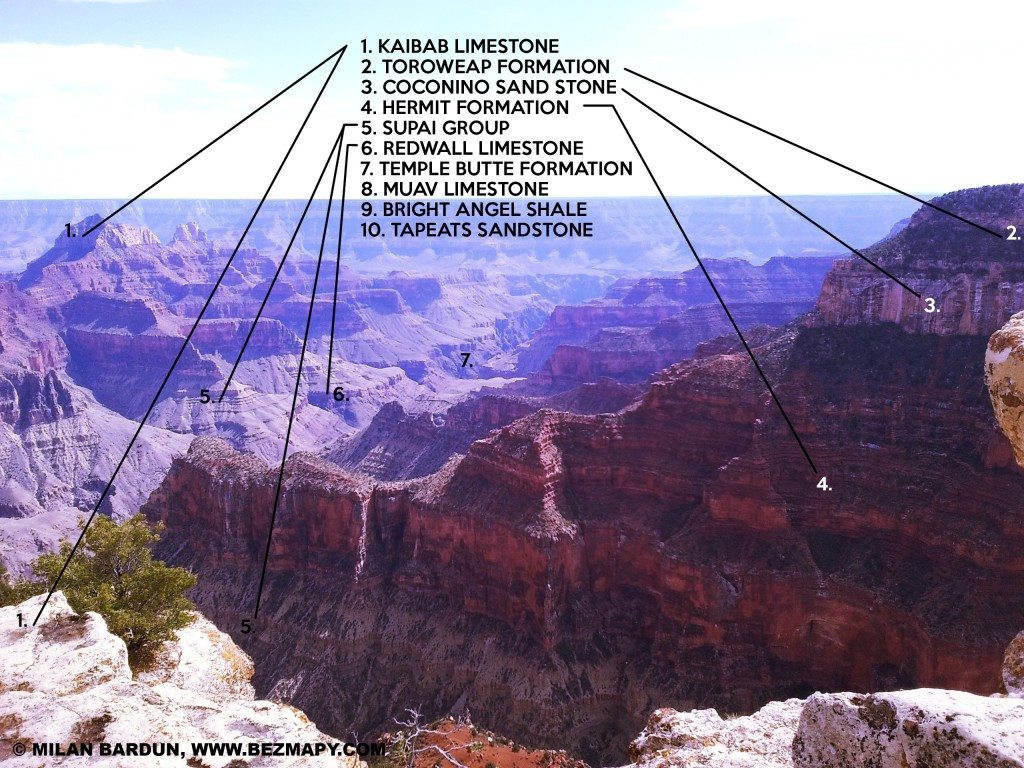 the image showing the layers of Grand Canyon with description

1. THE PRESSURE AND HEAT – At the very beginning, there was one big slow movement of two tectonic plates – North American plate and Pacific plate, across the Earth’s surface. The pressure and heat of this process has changed parts of these rocks into the dark rock which became the basement of Grand Canyon. It has the darkest color and lies at the very bottom of the Grand Canyon (2). This layer is not visible on the picture above, but if you take helicopter tour, you can land at the bottom, where you will see this layer.

2. SLOW TILTING – The second important process has happened, when the lands started pulling apart. The big blocks started moving what caused moving of of dark lava, fossil-bearing limestone and red shale. These massive layers tilted and inclined – we call them Supergroup. They are revealed in few areas and we can see them at the bottom of Grand Canyon (2).

3. SEDIMENTATION Two-third of walls of the Grand Canyon are sediments from the bottom of the ocean. These layers formed under the water, where the marine life accumulated. The last sediments at the very top of todays Grand Canyon are formed by limestone, which are made from solidified sand dunes (2). But how is it possible, that there all those layers, that were under the sea level are now forming hills? 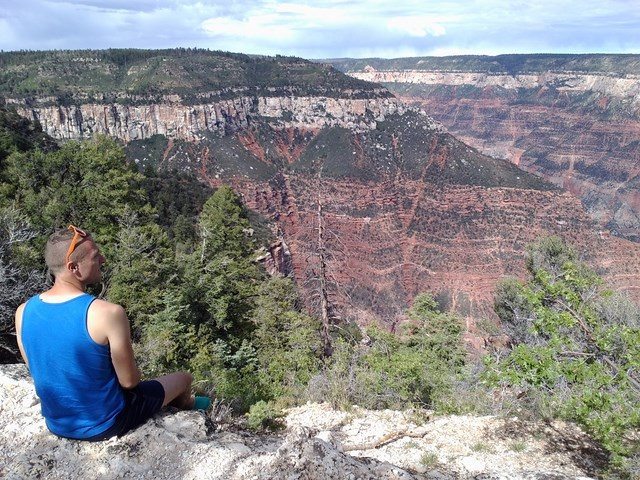 the view of Grand Canyon from the North Rim visitor center

4. ROCKY MOUNTAIN, HERE YOU ARE! – As the tectonic plates were slowly moving during the years, they started pushing on each other, till the North American plate overrode the Pacific Plate. This big movement has little deformed sedimentary layers, but this is how the Grand Canyon raised from the ground and how the Rocky Mountain appeared (2).

5. COLORADO RIVER flows from Rocky Mountain to the California gulf and deepens Grand Canyon more and more. The volume of the water is incomparably less than for example during the last Ice Age, which ended 12, 000 yeast ago. The volume back then have been 10 times more, comparing to today (2). 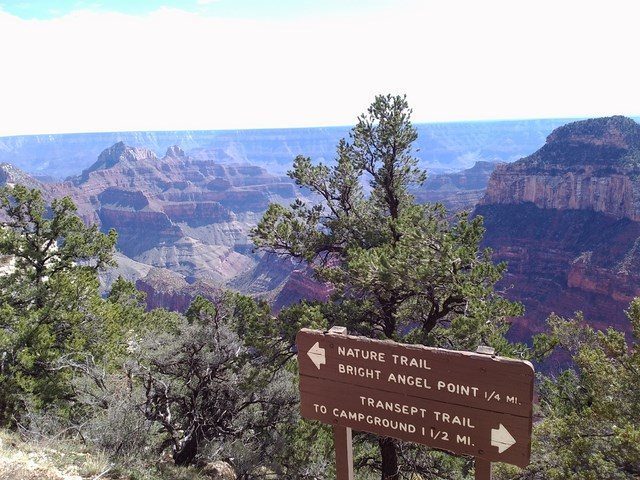 Grand Canyon is 2nd most visited park in the world

I can barely imagine how long did it take to form this beautiful sceneries. Tectonic plates are still moving and slowly changing our world, but it will take another billion years since we will see any results. Nowadays it is very important to protect this National Park and preserve it for future generations. So go there and support it by paying the entrance fee, which is 20 USD (only credit cards accepted). 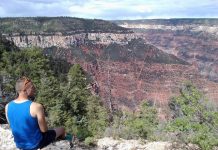 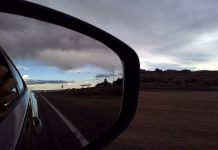 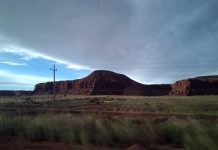 From Las Vegas to Grand Canyon by CAR