Among the tourist attractions in Los Angeles, California, the visit of Universal Studios in Hollywood belongs to one of the top places to go, where you can spend whole day laughing and discovering, how the movie industry works. Whether the price for day ticket is worth to pay and if there’s enough to do for the whole day, read in the post below. 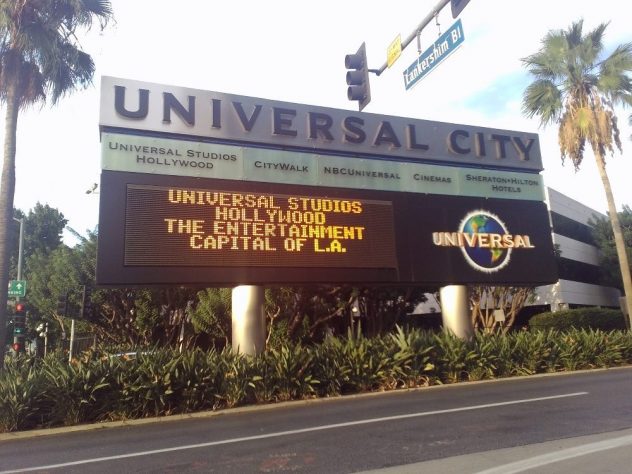 the entrance to the Universal City studios

If you have TV at home, then you’ll definitely know the most of the places seen in Universal Studios in Los Angeles. You can spent there at least one day, but there’s an option to buy multi tickets valid up to one year. Universal Studios are easy to reach from the city center and people of every age will surely find something to laugh at – I call it the laughing factory. The perfect time to visit Universal Studios is anytime during the whole year, since the weather in LA is most of the time fair so you don’t have to worry about being cold, neither hot.

HOW TO GET THERE

The most convenient way to get to the Universal Studios in Hollywood is to use red metro. Simply hop on the red train towards to ‚North Hollywood‘ station and leave the train at the ‚Universal City‘ station. From there, simply follow the crowd towards to the free shuttle bus – you won’t be the only one, who’s going there. This is highly visited attraction recommended by many people, who have been there, already. I personally didn’t want to go at first, but then I changed my mind, fortunately and I don’t regret it. The only reason, why I was unsure, whether to go or not, was the high price for the ticket, but luckily, I was convinced to go by many people, who’ve been there and enjoyed this attraction. I don’t like these ‚must to see‘ lists that try to force you to visit all the points they state and if you miss just single one, they make you feel guilty and it’s like you haven’t even been there, but if I should write one about Los Angeles, the visit of the Universal Studios would be definitely mentioned. 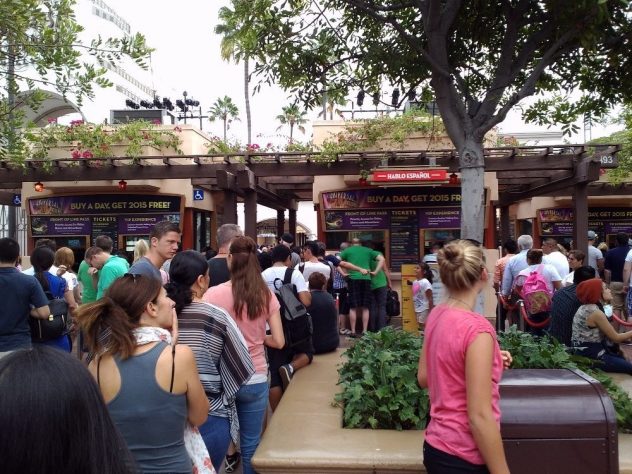 WHERE TO BUY TICKETS

Tickets are sold before the entrance or online, but try to manage to come early in the morning, since the queues for tickets are way too long and you can spend there up to one hour just standing and waiting. It drove me mad a little, since we’ve arrived around 11am and the studios are closing its doors at 6am (closure times vary according the time of the year) so I spent one hour of my precious time standing in the line. What a gross. Tickets can be paid off cash or by card at the place and you can decide what kind of ticket you want, whether day or two day pass, annual pass etc. For VIP ticket you must call beforehand. Standard day ticket cost $92. If you have travel agent IATA card, there’s a special stall, where you can get travel agent rate and have tickets with almost 40 % discount. The travel agents stall stands being the regular one, so you don’t have to wait in a long queue.

Even though, the entrance fee is pretty high, it is totally worth to pay, since there’s so much to do. One of the most popular attracion is the Studio Tour that takes around 80 minutes, where you’ll get behind the scenes of world’s famous TV shows. You will see the Wisteria lane – the street, where the Desperate Housewives live, you will see the famous Norman Bates‘ hotel from the horror Psycho or the shark from famous horror movie. You’ll be flooded in the metro station or your car will drown into the lake. One of the parts of this attraction is the visit of world’s largest 3D cinema or small replica of New York city, where the most of NYC scenes are shot. Except of the studio tour you can visit Simpsons, Transformes, the temple of Mummy or Jurassic Park. 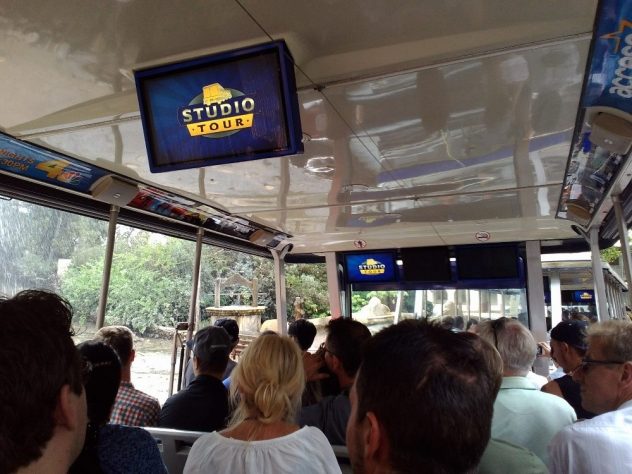 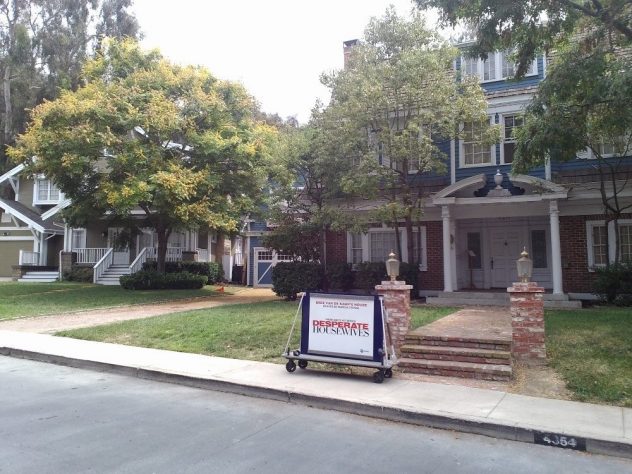 the street of Desperate Housewives 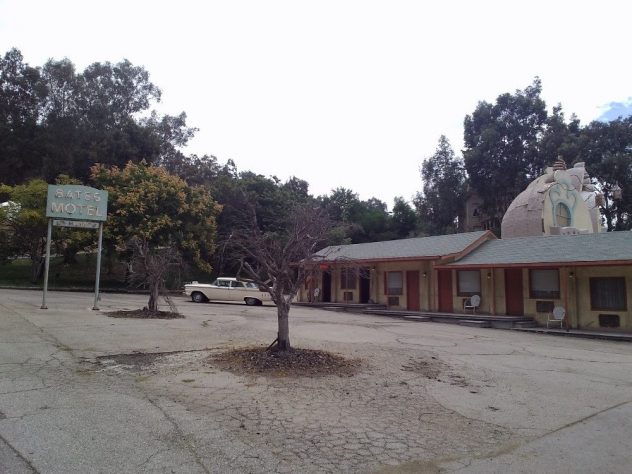 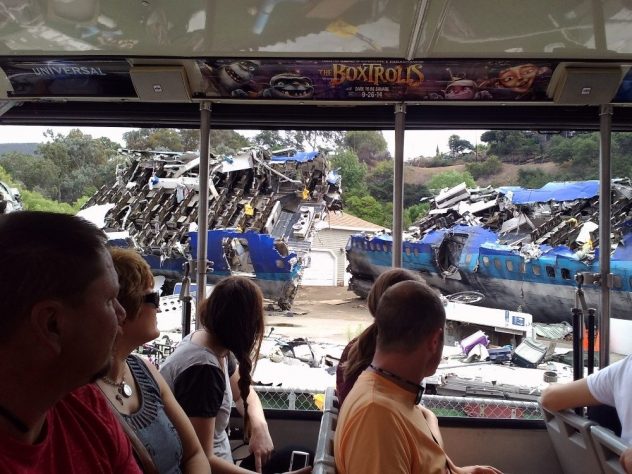 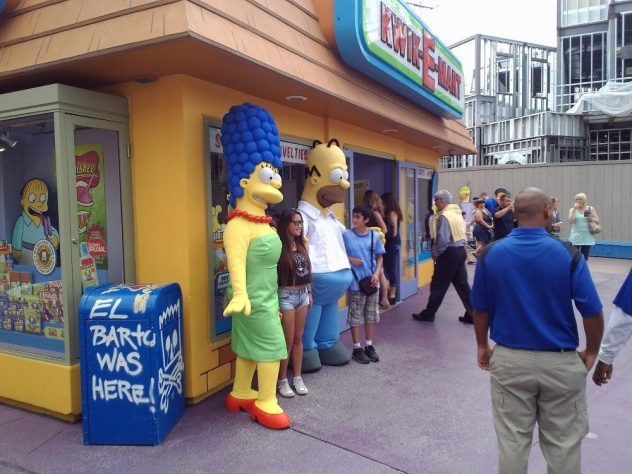 The visit of Universal Studios in Hollywood is totally worth its price and I’d definitely paid the ticket again, if I went there again. My day in Universal Studios was full of fun, I laughed a lot and really enjoyed the time there. I’ve seen many places of my favorite TV series and movies and figured out, how the special effects are made before the movies go public. If you’re not sure, whether to pay those $ 92, go ahead, visit the Universal Studios in Los Angeles, pay it and have fun. You won’t regret it.

Milan Bardun, because it’s better to travel, than to arrive