Romania is a destination, which many people have prejudices about. I heard a lot of them before I left here, and if I told someone that I’m about to go to Romania for a week, the common response was „why? Why do not you go to Paris?“. All of them were jealous then, when I came back and post pictures to Facebook. I have seen beautiful city and spent one third of money, that I would spend in Paris at the same time. 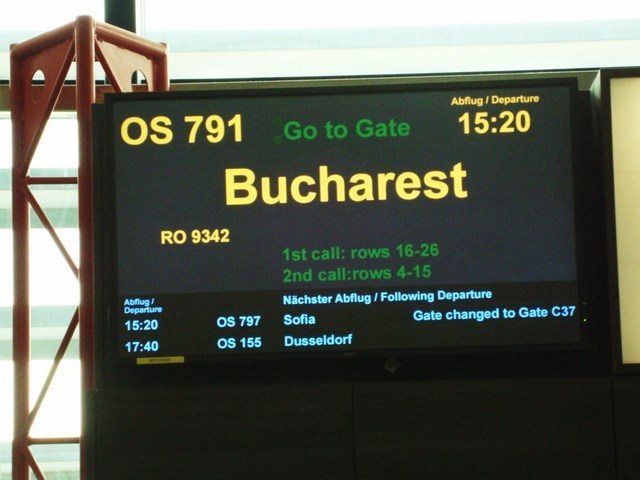 On the wings of Austrian Austrian Airlines, me and my friend Susan landed at Henri Coanda International Airport also known as Otopeni Airport (OTP). Our ticket was in special price of EUR 99 per return. In the tariff „red | ticket“ the airfare usually moves around 125 EUR with booking in advance, which is not too bad. „Red | ticket“ tariff  includes one suitcase, seat booking with online check-in, check-in via SMS and automated check-in, onboard newspapers, snacks and drinks (1). According to such a low price, it will come out cheaper than a train ticket. Crazy, right? Flights to Bucharest are operated with Airbus A319/320 from Vienna. Austrian flies this route  5 times a day and the flight takes about 1 hour and 45 minutes. 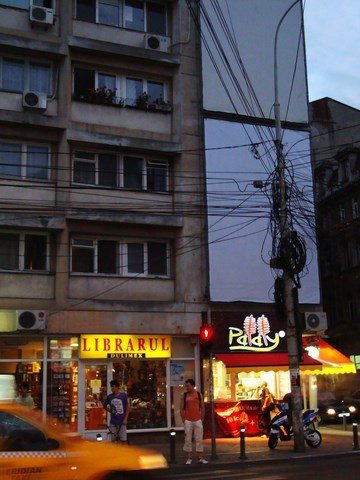 Bucharest is Romania’s largest city and it spreads on the banks of the river Dâmboviţa, it is also the economic, cultural , industrial and financial center. According to Romanian legend, the city is named after a shepherd Bucura which means in Romanian “ hilarious „. Bucharest owns the third largest system of urban transport in Europe ( 2 ) and very elegant and typical architecture. I still did not understand, how the public transport works. At the airport, I explained to the lady in the window that I need a ticket for two rides. I got a card with a chip. To validate your ticket just move it in front of the machine inside the bus. When the light turns to green, it means that your ticket is validated. With our ticked nothing happened and I still have the feeling that we did not validate it. The journey from the airport to the center takes over an hour and it’s not because that the airport is so far away, it is because of tousands and millions of cars. Bucharest is one big crowded city. During this hot August day we were squeezed with friend in the back of the bus with a suitcases and plenty of Romanians. When the bus stopped at a traffic light, I saw the car drivers who were blazing 10 year olds children with a bucket and rags away. They wanted money for a car wash. But beware ! Romanians are not Roma. Romanians are Romanians and mostof them have light skin, dark hair and eyes. This misconception came from the idea, that in Romania lives one and a half million of Romas. 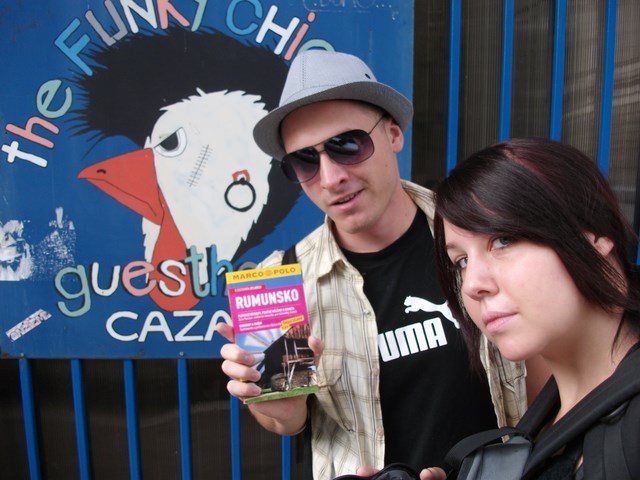 If you do not need star accommodation, you can accomodate very cheaply in Bucharest, as in whole Romania. It can be simply paradise for backpackers here. We slept in „The Funky Chicken Hostel“ where we paid crazy € 8 per night. This hostel is in the close center of town and on the portal Hostelworld, there is 80% rating of the quality. We wanted to spend our short time in this city as ful as possible, so we decided to have a close look to this Romanian proud. We wandered around Cismigiu Park in 1847, which is a medium sized public urban park with the center forms an artificial lake. It is an important meeting place for residents of the city there is much to do. The park was full of people sitting around on the benches drinking beer, ate ice cream or just talking.

I grew up in Bucharest and I was told, that Cismigiu was designed by a Dutch gardener. Therefore, there are so many tulips. For inyourpocket.com Debacker Hilda (3) 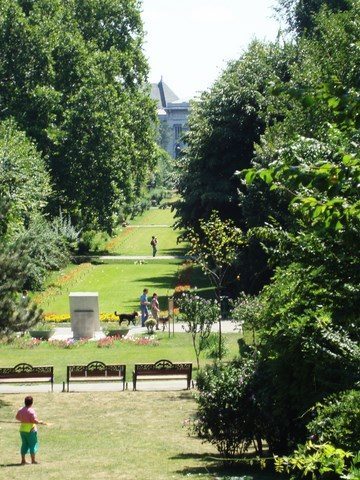 There is a lot of beautiful flowers, fountains, lakes and people enjoying views on amazing swans on the lake. If you will wander little bit more around here, you will discover a small ZOO hidden in bushes and trees. Romanians really enjoy this park, especially during these hot days. It is very close to the Palace of Parliament from this park , which is probably the most famous building of Bucharest – Ceausescu ‚s Palace . Nicolae Ceauşescu was a Romanian politician whose government has turned into a dictatorship and the country went into huge debt. After a week of bloody demonstrations, on December 25, 1989 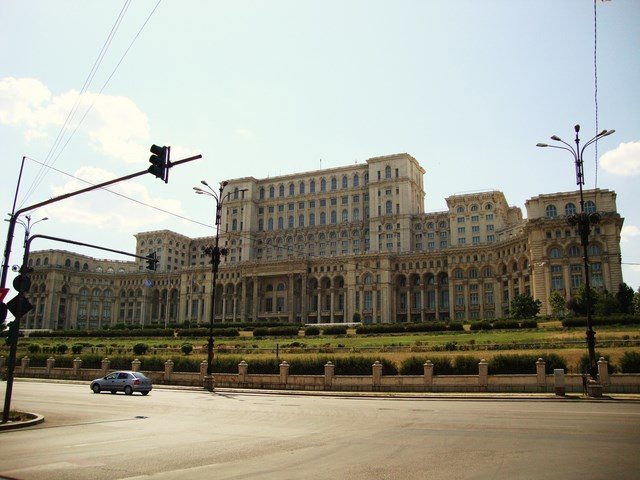 with his wife Elena  they were executed. It is the largest, heaviest and most expensive office building in the world with the value of three billion euros, with 1100 rooms. Many of them are not and have never been used. The building is truly monumental and if you are in Bucharest , definitely stop by. 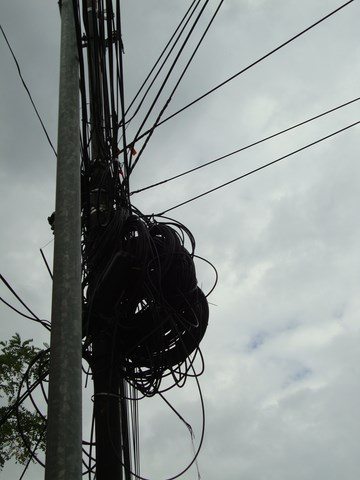 Bucharest can be easily recognized from any image. By cables. Yes, I did not get why, but the whole city there are stretching cables above the ground. It would be nothing unusual, it these cables would not be three meters above ground, sometimes even less. I saw dad, who was carrying his daughter on his shoulders while buying newspapers. Daughter was trying to reach cables and dad did not even pay attention to it. 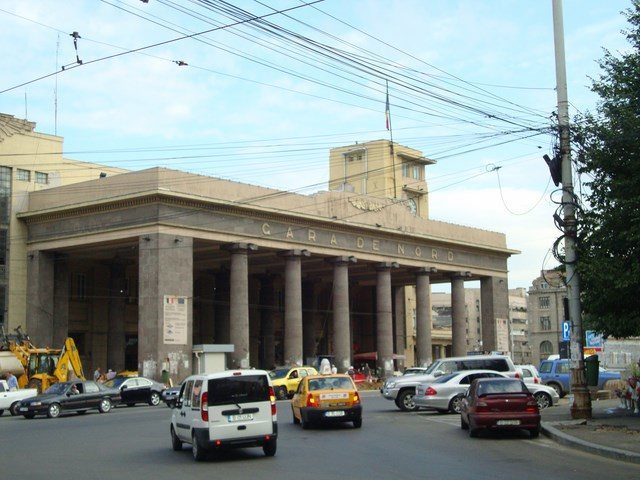 The next morning we went by train to Brasov, a city in the heart of Transylvania. We were really looking forward to it because 4 hour train journey through Transylvania sounds so interesting. In this morning we were  mentally ready to travel at speeds of 50 km per hour ( why so slow ?! ) Went to the main train station Bucuresti Nord which is also in short walking distance from the center. The station is large, but very easy to navigate . Platform are listed numerically side by side with the big board with departures and arrivals. You will not get lost here, do not worry . The ticket can be purchased on the internet with no major problems. One-way trip from Bucharest to Brasov comes around 5-10 euros. As the sun rised the sky, at o’clock we boarded the train, settled and waited what awaits us in the region of Count Dracula. 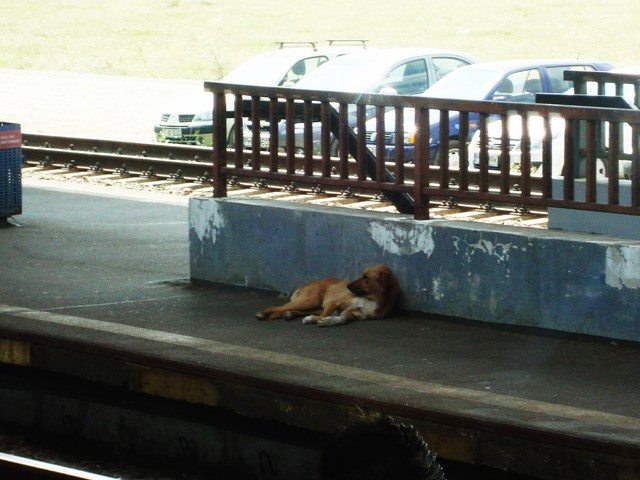 Bucharest is also known because of dogs. The city has a large number of stray dogs that live in groups. Officially on the streets of Bucharest lives up to 65,000 dogs (4). On September 23, 2013 was signed a law which authorizes euthanasia for stray dogs. For your safety, I suggest you avoid empty and dark places. 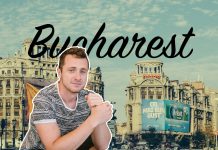 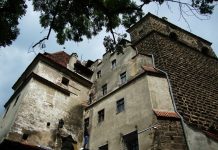 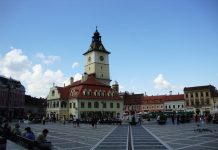 Brasov – The Heart Of Transylvania