I like flying. I find flying very enjoyable and even tho, I don’t know why, the idea of fast traveling around the world in relatively short time fascinates me. You can travel around different travel zones, different climate and so on. That feeling, when you are having lunch in New York while your relatives are still sleeping is very tempting. I love flying with different airlines, those less known. One of the most exotic airlines I have ever flown so far was Azerbaijan airlines. What is like to be on board of this airline you can read below. Azerbaijan airlines review is another from my airlines review on this blog. 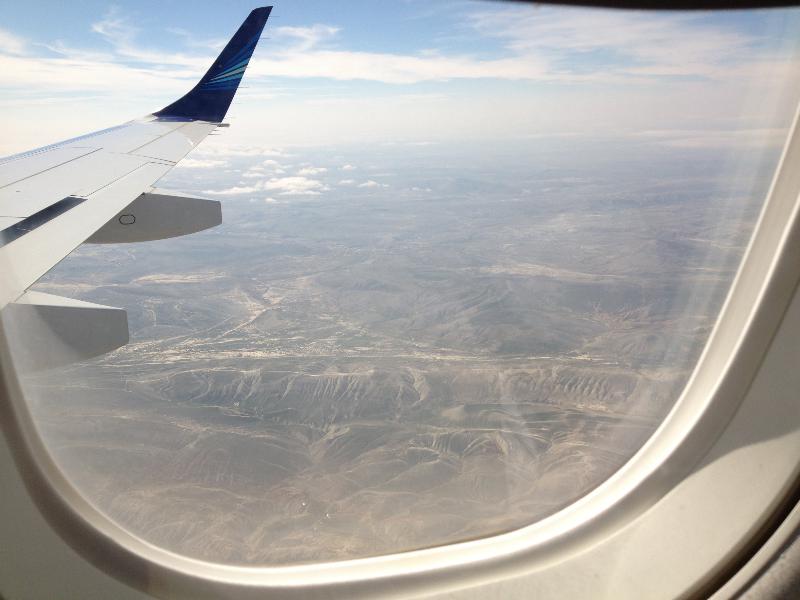 Azerbaijan airlines, known as AZAL, too is the national airline of Azerbaijan. My flight with them was kind of unplanned and I bought my ticket around 45 minus prior to the departure. In my tutorial how to find cheap flights I probably brought all rules I wrote :D Buying the ticket the same day of flight can be extremely cheap and can kill your budget. But this does not apply for Azerbaijan airlines. I flew from Georgian Tbilisi to Baku in Azerbaijan.

The plan was to go to Baku on overnight train, but when I found out, that the flight costs only 100 EUR anytime, I decided to go to the airport and just fly. I always wanted to come to the airport and buy my ticket in the kiosk straight away, like in the movie. When the lady asked me when I want to fly, I replied „now“! :D The last time I tried this, it was in the New York City, but the lady told me horrible price to pay, so I sadly left the airport. Here in Tbilisi, she lady was very kind and only thing she wanted was to see my visa in passport. Visa to Azerbaijan  can be issued for 30 days and cost around 30 Eur. Me and my friends, we were in hurry, because it would be awkward to miss it. 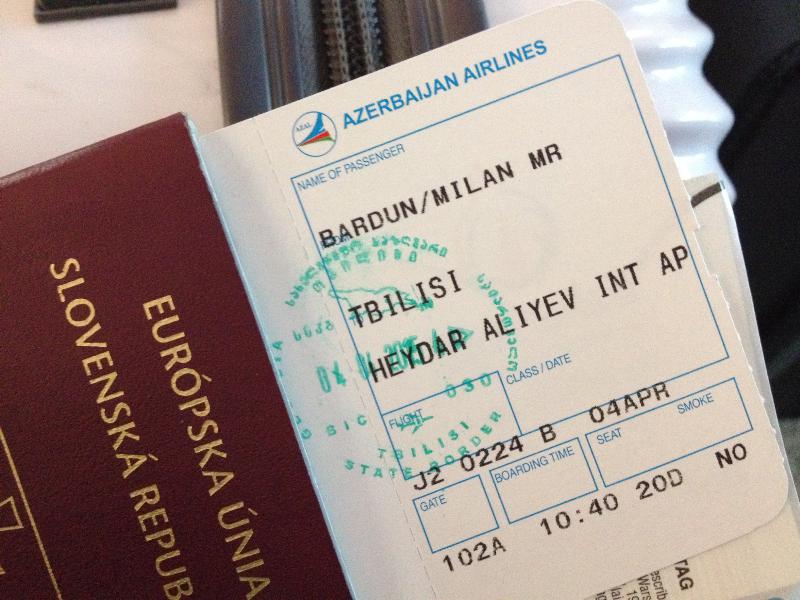 Flight J2 0224 from Tbilisi to Baku was operated by Embraer 190. The aircraft itself is whole in blue color, what I really liked. You will immediately spot the aircraft at the airport, since the dark blue is very eye catching. The interior of Embraer 190 by Azerbaijan airlines was modern, obviously new and smelled fresh. The flight was on time and around 60% full. What I did not like was many security check I had to go through. Except the casual security check I was checked by almost everyone at the airport, almost by the cleaning staff too. It was probably unusual to see tourists on this flight :)

Azerbaijan airlines on board food

The flight J2 0224 from Tbilisi to Baku takes less than one hour, but even tho, you will be served and get food, what I did not expect. The service itself was very casual – butter, baguette, vegetables, juice and coffee. What shocked me was, that my vegetables were frozen! My tomato was ice cold and crunchy :D Maybe this is how they serve food in Azerbaijan, yay! I realized, that this food we got served was probably all night on plane or at the airport. Definitely it was not fresh. The service started immediately after take off. I believe, that it is better on longer Azerbaijan airlines flights. Anyway, my teeth did not enjoy cold vegetables.

Airline food is special and separate people around the world into two groups – those who hate it and those, who love it. I belong to the first group and I feel very curious what I get. But I have never felt full on board of any plane, not even on board of Azerbaijan airlines. But pickle was perfect! 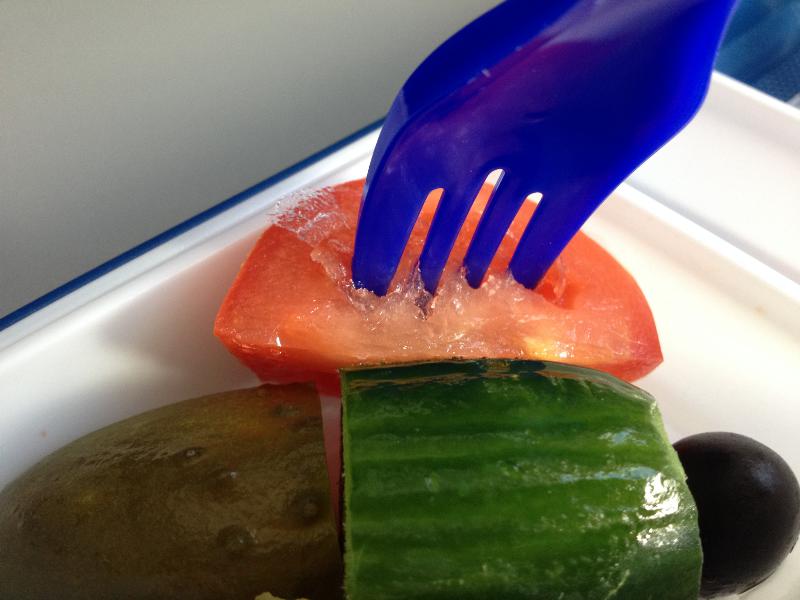 About Azerbaijan airlines crew I could write whole single post :) because there were no stewardesses, but stewards. It would be okay, if they were not around 40 years old with giant belly and very eye catching eyebrows. In this part of the world probably the outside look of crew is not that important. They were very scaring, not smiling at all and acted very serious. 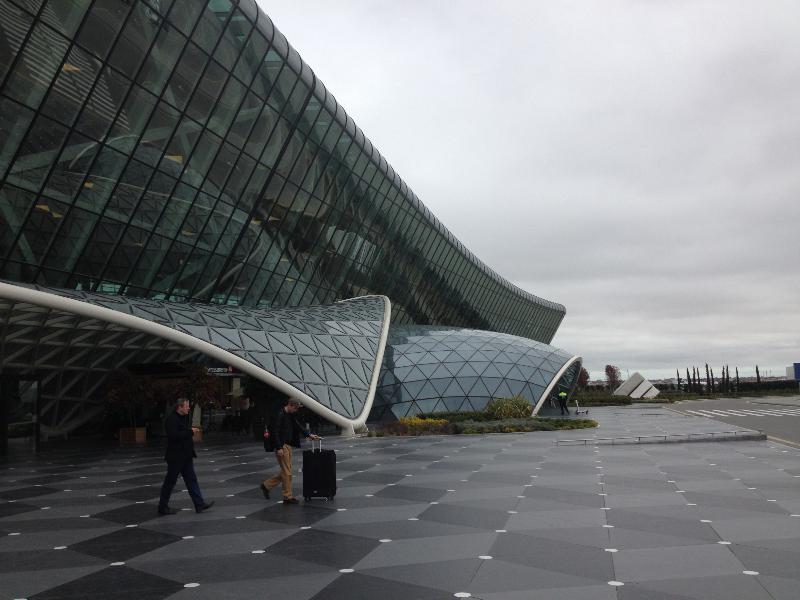 After landing in Baku I got my passport stamp and got amazed by the awesome airport with free WiFi. Georgia and Azerbaijan can not be compared. Baku reminded me of Dubai.

Milan Bardún -bringing the world to your homes since 2013 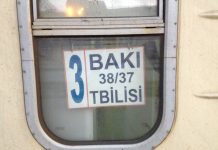 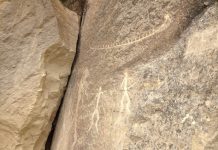 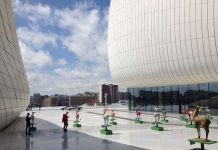 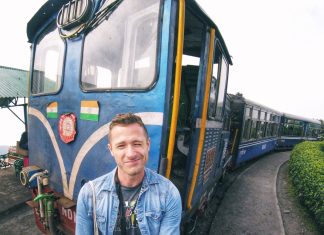 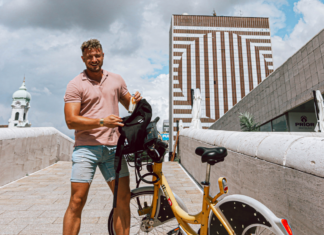 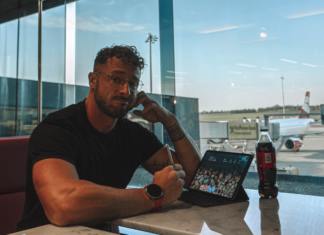