Flying with kids can be tough and mostly, the children, especially those little ones don’t enjoy flying at all. But recently, I met few children, who surprisingly did. How did they parents manage to keep their children calm during the whole flight without being annoying? Children’s ears on plane are more sensitive and even the sound of engine can stress them out.

I don’t like crying children on planes, who does? Parents usually do their best, when flying with kids, to keep them calm, but sadly, sometimes it just doesn’t work and us, passengers, we have to brace ourselves with patience and understanding, because we were the same few years ago (okay, not few but still, haha). How to keep children calm on the planes is question asked by every mother, who has to travel with kids, I guess. I’ve seen parents, who tried to catch kids attention by various grimaces, tried to feed them or somehow entertain, but there were some situations, when even this didn’t work. But what does the kid want? Why is the kid nervous and crying? 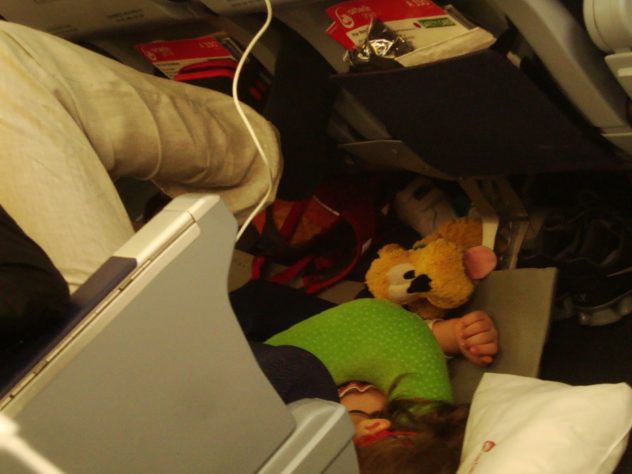 girl sleeping under the seat on plane

Few days ago, I was on the flight, that lasted almost 9 hours, which has to be the real nightmare for every parent with children and I was lucky enough to see one mother, who would probably win the ‚best way how to keep kids calm on plane‘ award! She literally put her daughter under the seat in front of her, like the piece of luggage! Seriously! And it worked, this girl slept for 7 hours! I didn’t believe at first and I was sure, that the stewardess will ask the mother to put the daughter back to the seat, but it didn’t happen. I guess, even the cabin crew was happy, that the girl slept for that long. The mother was very well prepared for this long flight and she made sure, that daughter wasn’t feeling cold – the little girl slept on the sleeping pad covered with warm blanket and she literally slept like a baby. I don’t know about security regulations, but the kid was feeling good, mother was satisfied and the other passengers could calmly sleep, as well. 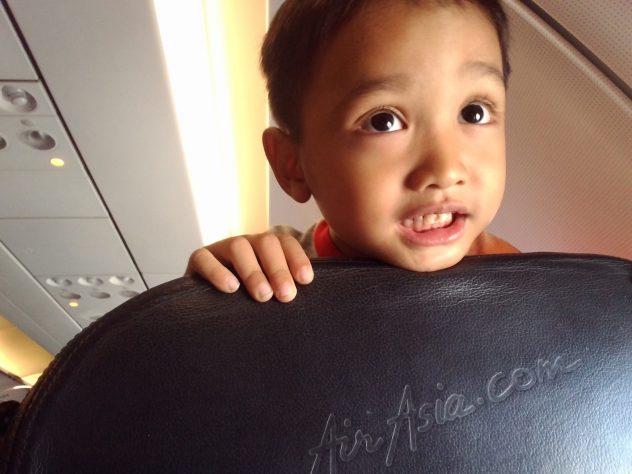 On the other flight, I met this cute Asian boy, who wasn’t nervous at all. On the contrary, he was very curios and couldn’t stop staring at me during the whole flight. I guess, mostly it depends on the temperament of every single child and the most important is to make them feeling comfortable, warm and fed. I don’t have kids, but I would feel very sorry for the other passengers, if I was unable to keep my kid calm. Many airlines offer children’s plane games as the part of their in-flight entertainment system to keep kids attention instead of crying. Flying with kids is tough, but sometimes parents don’t have any other option. 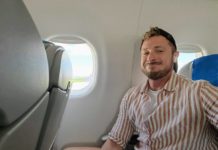