Charlotte: „How do you tip in Abu Dhabi?“
Carrie: „I don’t know, do you have any loose rubies?“ 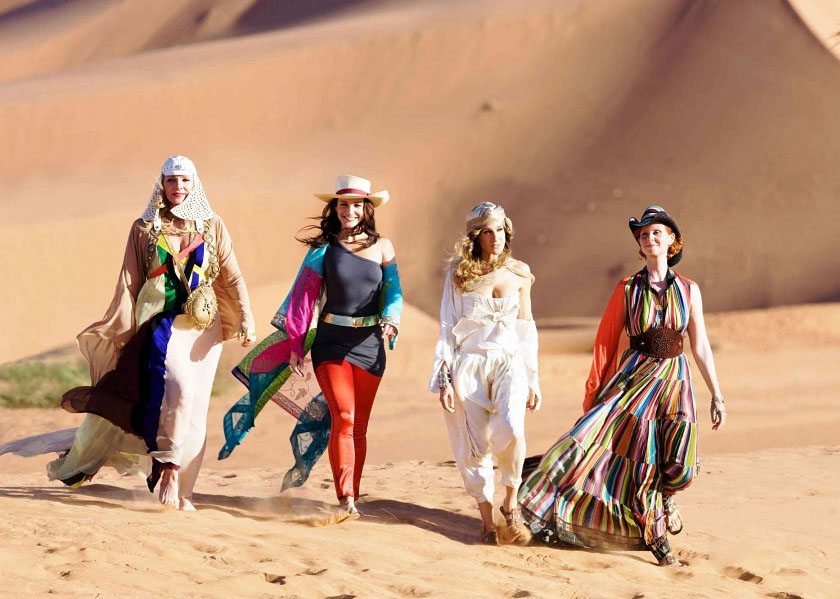 Thanks to the movie „Sex And The City II“, many of you know this metropolis very well. Abu Dhabi is another amazing city in United Arab Emirates that is worth to visit. Before I came to Dubai, I visited Abu Dhabi first and I was very surprised of this place. This city is spread mainly by the coastline, surrounded by desert, I wasn’t expecting that much greenery as is in Abu Dhabi and I would definitely call it the green city. 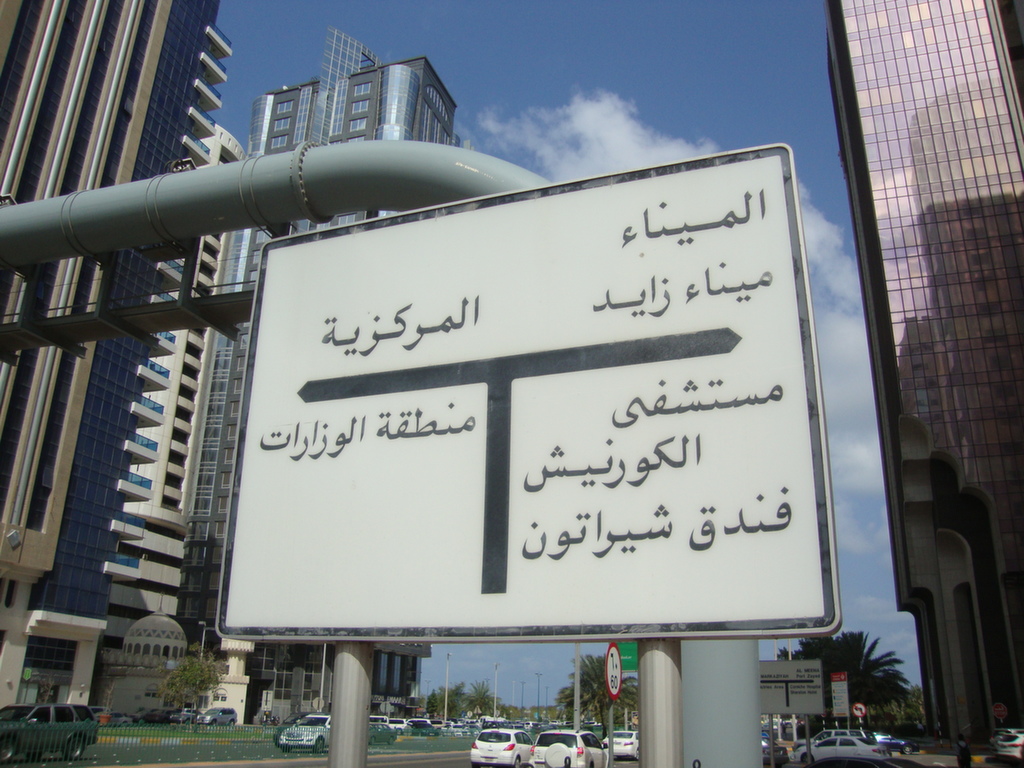 I arrived to Abu Dhabi one March Thursday, early morning. Had a light jet lag, but this city and it’s atmosphere got me absolutely. As I said, I was expecting typical desert city with super hot climate, but Abu Dhabi is different. It’s because the Persian Gulf, from where the cold air is blown to the city, so you feel very fresh here. The humidity is higher, as well. These two combinations, fresh air from the gulf and higher humidity makes this place perfect for growing plants, building parks and make this city even more green. 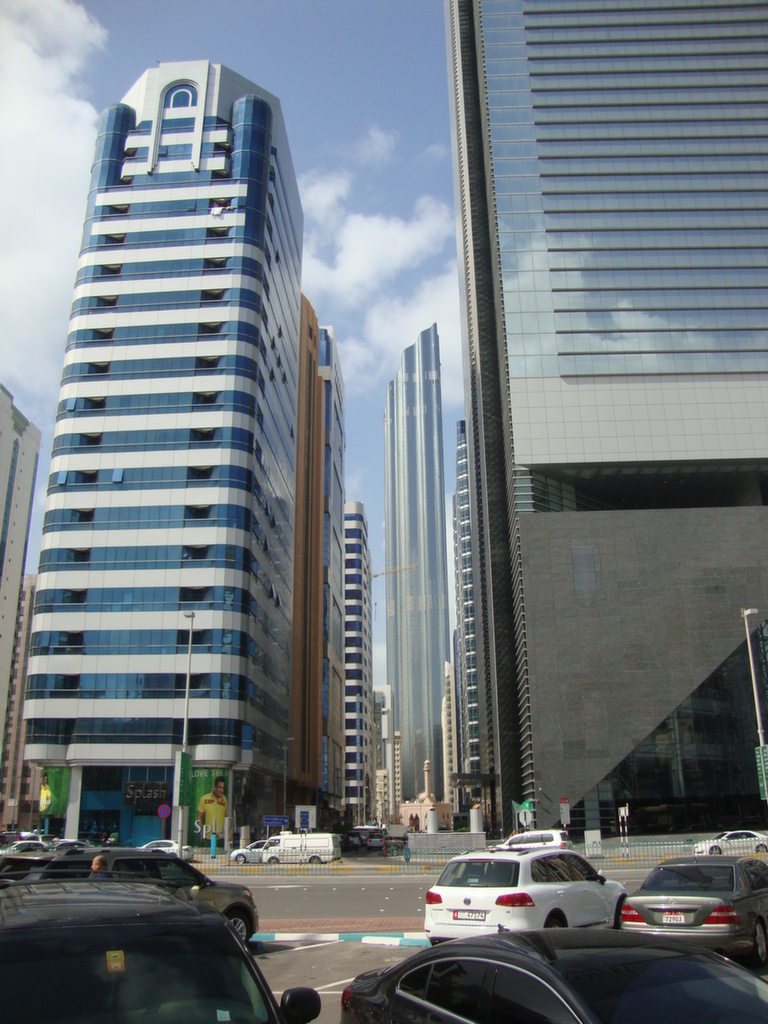 This city is the capital of United Arab Emirates, and the second one with amount of population. When you translate „Abu Dhabi“ from Arabic to English, you get „The Father of Deer“. Abu Dhabi became famous because of pearl trade. The Persian Gulf is very good location with a lot of pearls and when you search for pearls and discover oil too, you get economical center of UAE. The average temperature is 40 degrees Celsius in July and August and 23 in January so you better plan your visit not is summer. The city itself is very modern and in the downtown and surrounding there are many skyscrapers and you can feel the atmosphere of big city. As well in Dubai, in Abu Dhabi there is no problem to get taxi. Just be sure the driver has switched the taximeter on. Most of 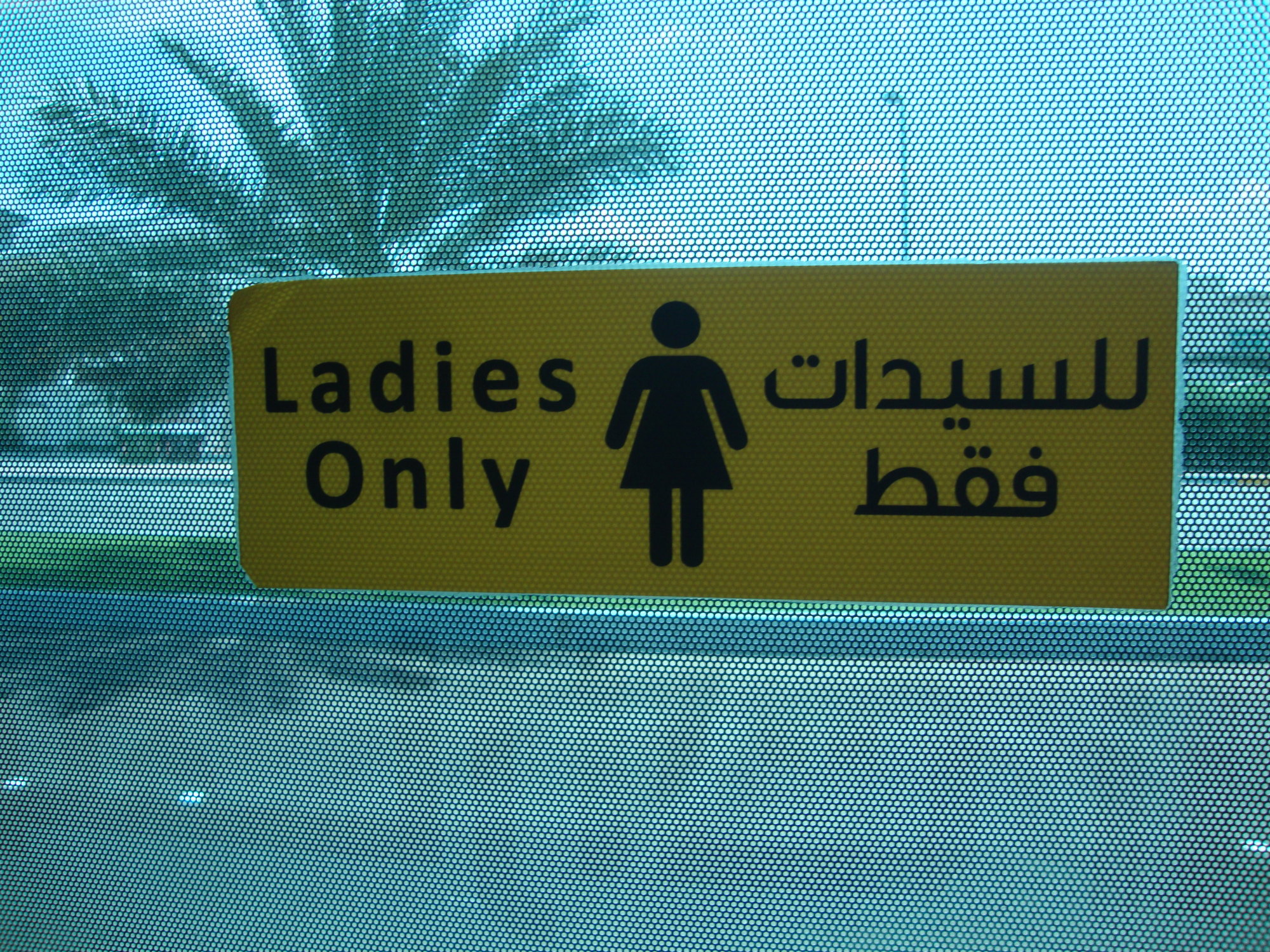 them do it. If you have no dirhams, you can pay with euros too, but be sure the converted amount is fair. When you use public transport, mind where you sit. We were kind not focused and sat in the „ladies only“ part in the front of vehicle. All men, that were sitting in the back, were laughing, smiling at us and gave us weird faces and we felt little bit insecure. We didn’t know what was going on, but luckily for us, we realized, where we are and we quickly stood up and went to the back of the bus with cheeks turned red. The guys were keep smiling, but ladies, they didn’t seem to mind that. We were white foreigners. If you need go further than city, there is 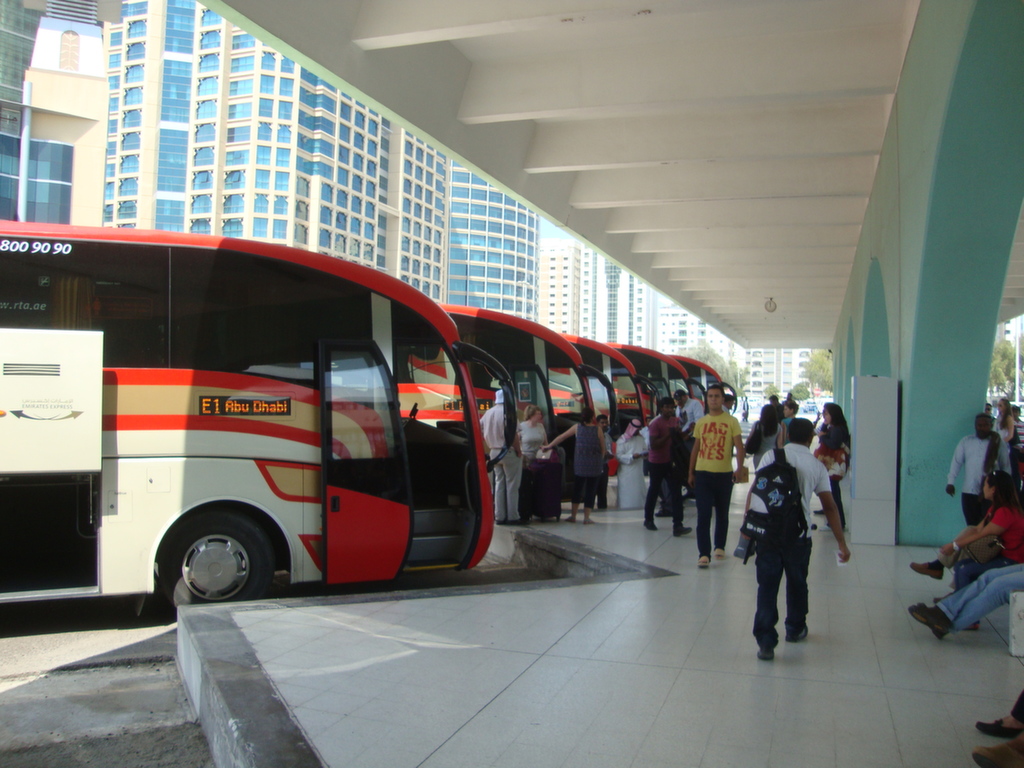 central bus station of Abu Dhabi, very close to city center. You will find it easily, it is big green building with lot of buses. Take your taxi driver you want to go to main bus station, or take public bus. Many people go from here to Dubai, and one way ticket costs 25 dirhams (5 EUR). The journey takes about hour and half and the traveling between these two cities is very pleasant. Buses are modern, fully air conditioned and with extra leg room. One piece of baggage is for free. There are plenty buses departing to Dubai every 30 minutes, so you do not have to book in advance. I guess, it is not even possible. IMPORTANT: tickets are sold in the main bus station building, not by driver. Just go inside, you will see an desk with „DUBAI TICKETS“ sign. Queue may be longer. One of the biggest attractions in Abu Dhabi is Sheikh Zayed Grand Mosque with largest carpet and biggest chandelier in the world. 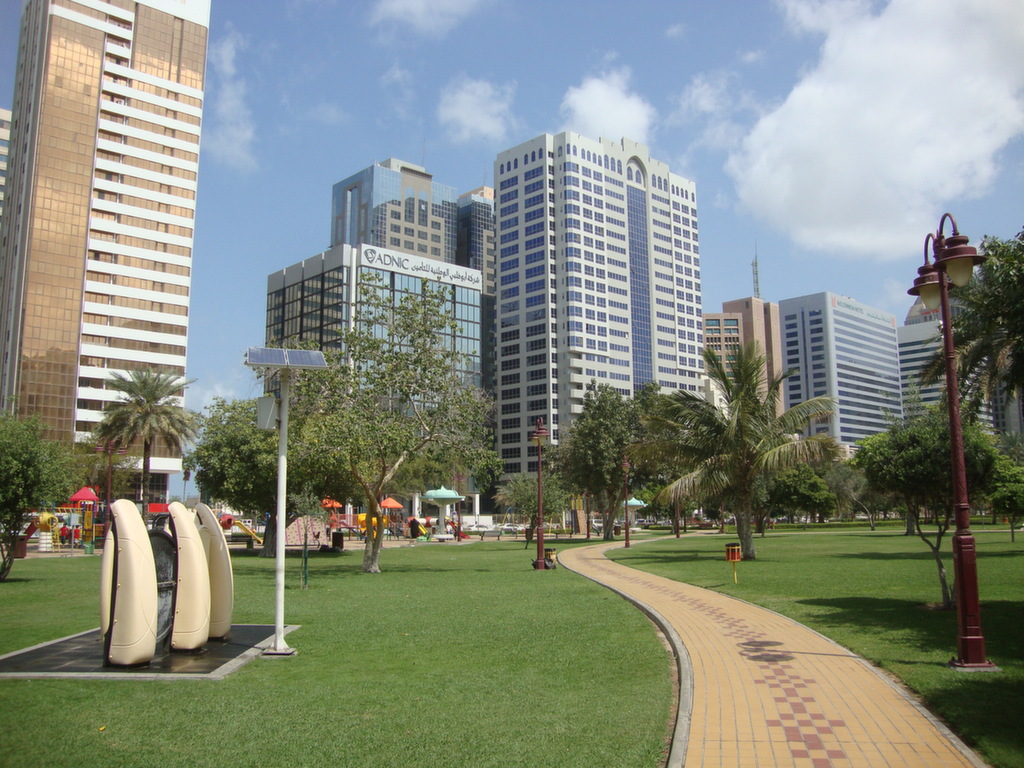 As I said, Abu Dhabi is green city thanks to its climate. On the picture on the left side you can see The Capital Garden in Abu Dhabi, which is public park, and one of the many parks and gardens in this city. There is a refreshing fountain and many mothers with their children, playing games or sitting on the lawn in the shadow of tropical palm trees. What a careless life :) The 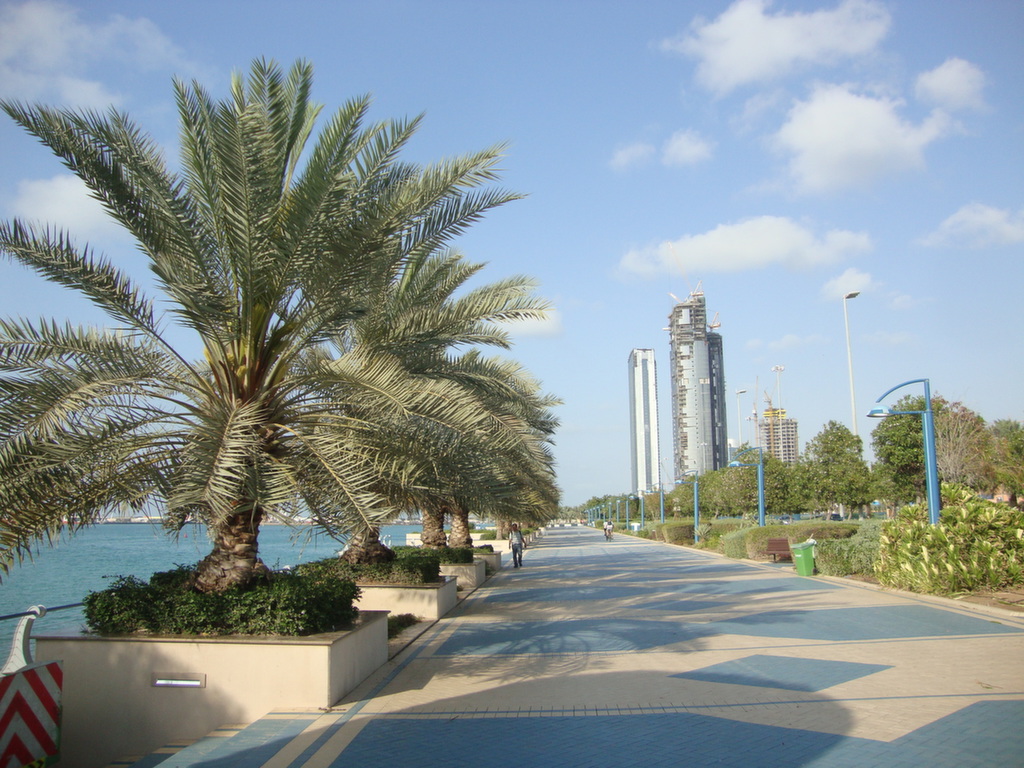 part of the greenery of Abu Dhabi is the beach promenade, as well, and is usually full of people doing some sports or just walking by and enjoying hot sun. The part of the promenade is another park as well, divided into three parts – Formal park, Lake park and the Urban park. Landscape architecture in this city is booming. In this three parks you can sit and have coffee, dinner or do some exercises like cross fit. Your children can play here on playgrounds or watching swans swimming in artificial lake. 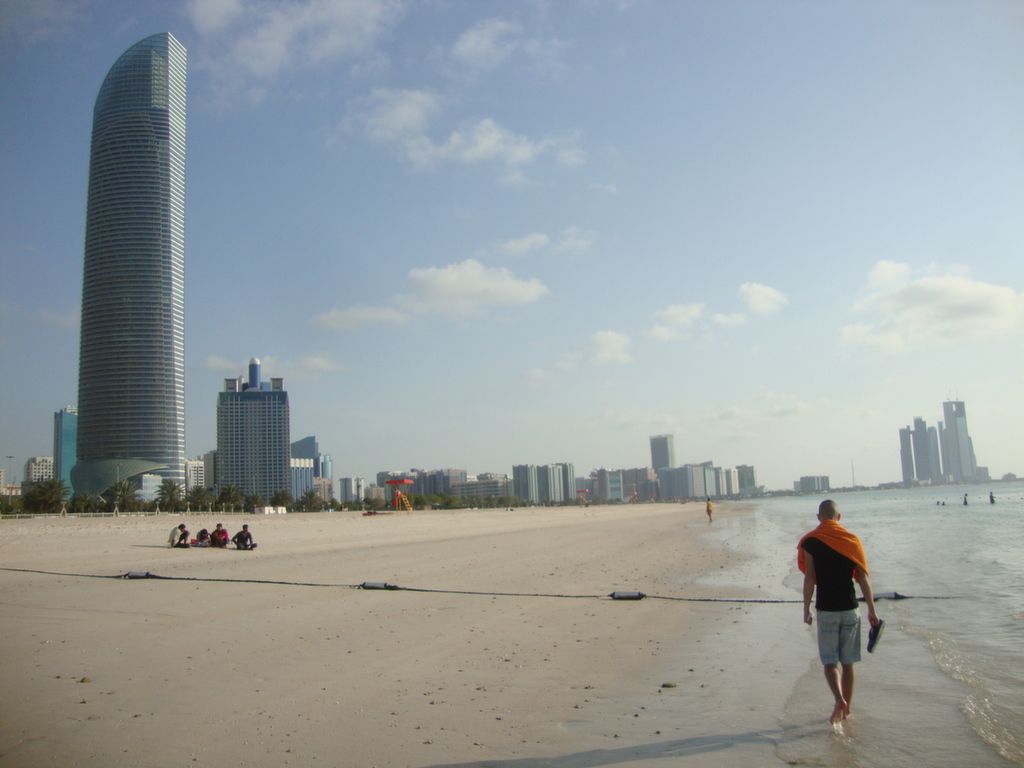 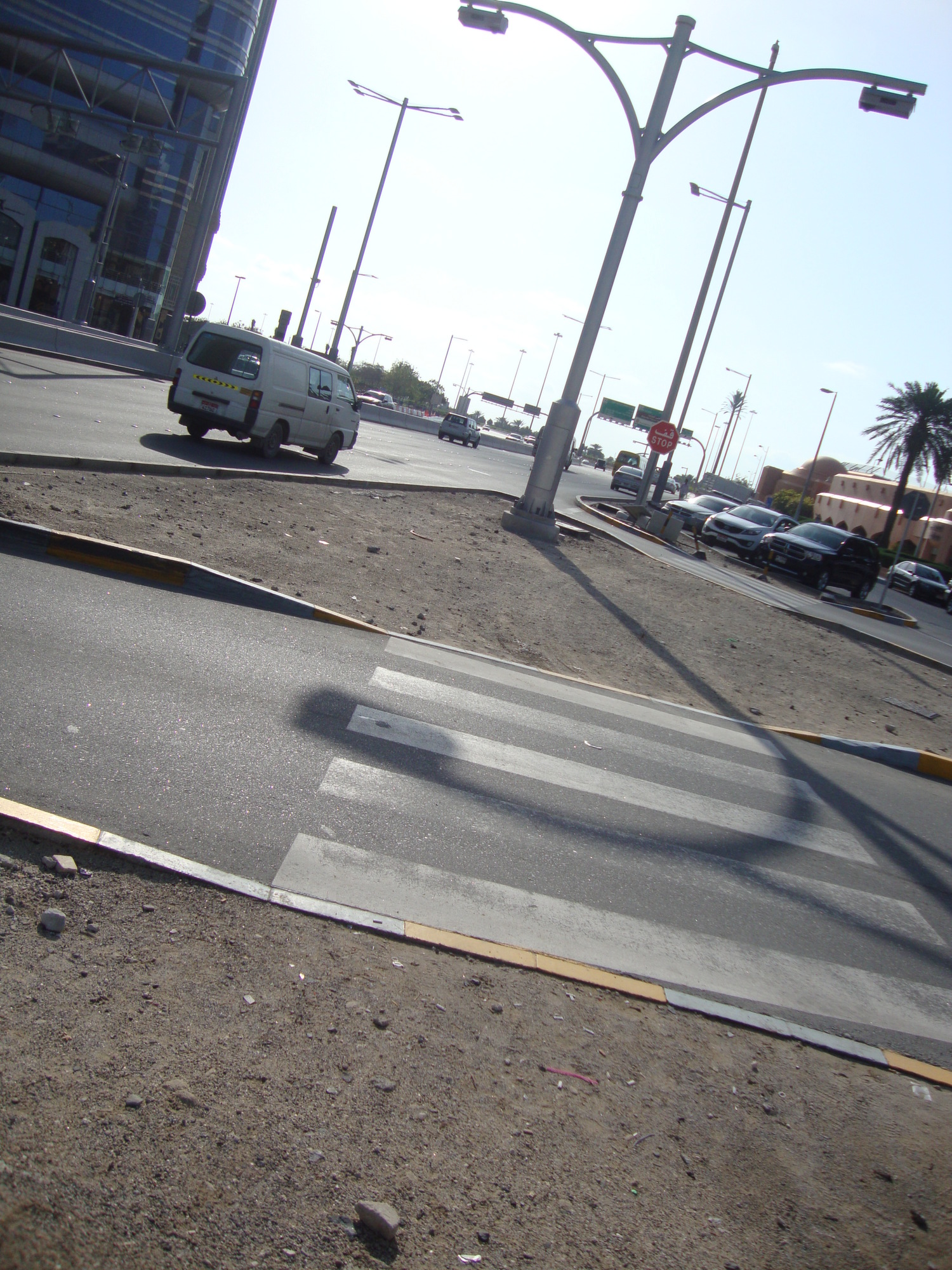 Nothing is perfect, and this applies for Abu Dhabi, as well. There was one thing I did not like, exactly the same as in Dubai. The lack of pavements and sidewalks. You are lost without car here. The roads are wide and you have to cross it. There are many people crossing five ways roads and sometimes, I was really afraid of get hurt by car. Many of sidewalks are not build yet, so get ready that your fancy, expensive high heels get dirty from dust. Hope they will fix this problem too. It is not problem only in this city.

Abu Dhabi is another example of modern culture of United Arab Emirates, going hand in hand with original traditions of this strong faith, Muslim country. If you are here, definitely stop by and breathe the fresh air of it’s parks and long, green promenades.

Milan Bardun 2014 – because it’s better travel, than to arrive 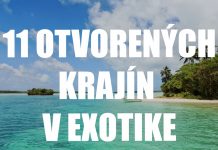 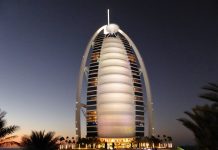 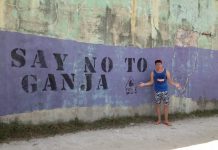